Communicating Your Value and Narcissism–Where’s the line between them?

When the hockey team wins the Stanley Cup and parades down main street shouting “We’re Number One!”, no one would call that narcissism. They are actually number one, it’s a fact. However when the starter goalie for the team mid season proclaims that he was in fact the best hockey goalie in the league, he got hundreds of sports commentators to vehemently disagree on-air calling him a narcissist and other similar words that were easier for them to say.

As consultants we cannot count on our value to our clients being magically understood by osmosis. Many consultants have done stellar jobs, made themselves indispensable to the client and then found their contracts  terminated or not renewed. (Only later the client finding out the error they have made) You need to assume that your client will need to justify your contract and that you are solely responsible for providing them with the required facts to make that business case easy to approve.

Now here is the tricky part. It is not enough for you to simply communicate the tasks that were done and the value of having those tasks complete. An uninformed reviewer of the business case would see indeed that the tasks were valuable but would not understand why it was important to have you do them.  You need to communicate not only the value of the tasks but why involving you specifically was the best approach both for tasks completed and tasks yet to be done. You also need to communicate your personal value, without it labeling you as  narcissistic.

Which one of the following three statements do you find the most offensive?

Push your value comments too far and Schadenfreude kicks in. Imagine for a moment that your colleague at work has spent the last 3 months talking about the big bonus they received, how they are going to spend it on the world’s most lavish tropical vacation and they will think about you here in the snow while drinking their Mai-Tai on the warm beach. You then see the following on the news during their  January vacation. 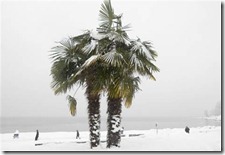 So where is the line?  The line that separates the communication of your optimum value and  your relegation to an egomaniacal narcissist?

The line is  client-verifiable truth.

At the outset of the engagement you established objectives, schedule, deliverables and anticipated benefits of your involvement.  (or you should have). Now you get to provide the client with a self-generated report card.

As long as the recount is true and the client has already or can easily verify the value statements made then you are communicating your optimum value.

With each value claim that you assert, ask one very important question. Can the client verify the veracity of this claim?

If you are part of a team of 10 resources and make the following statement. “I led the on-time delivery of the project.”  The client must agree that it was on-time and further must agree that you were the sole leader responsible. It could easily be interpreted as boastful or worse yet incorrect.   Reframe the statement as.. “The team delivered the project on-time. My role was to help them manage the tasks to achieve success.” In the second statement we still proclaimed the on-time delivery fact, but softened the leadership role as the client may not have fully been able to verify that you were the sole leader” Here we have pushed the value communication right up to the line, but not crossed it.

It is not difficult to know where the line is. The difficulty is to be bold enough to get close to it. It is at the line, where your client most understands your true value to them and the place where they make decision about bringing you back in the future and what they will pay for you.

Undertstanding and Communicating Your Value. provides some additional insights.

1 Response to Communicating Your Value and Narcissism–Where’s the line between them?