Why I am voting Conservative instead of the other 20 options 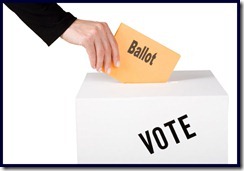 Last election only 59% of registered Canadian electors bothered to vote. As a % of eligible voters the number is even smaller as many more are not even registered. Here’s how it turned out in 2008.

To vote you need to understand the parties. The NDP is easy to understand. They are IMHO the NeeD Party. If you are young and you need a better minimum wage, it makes sense. If you are old or poor and need better care or government assistance, it makes sense and it you are unionized labor and need “special” help, it makes sense. So I understand the NDP and why people vote for them. They need something. I remember my father telling me that when he was a child during the great depression that West Fifeshire Scotland had the only Communist MP in UK history (William Gallacher) and he was elected because he was the only candidate that promised to feed the people. It was simply basic needs that drove the vote. I get that. I listen to Jack Layton, he’s speaks directly to specific needs and I understand. However, I don’t need anything from Jack, so I am not voting for him.

The Bloc Quebecois, I could only vote for if I were still living in Montreal. However, I understand them too. The party should be Bienfaiteur du Québec (Benefactor of Quebec). The Bloc exists soley to make sure that Quebec gets more than its fair share of government money, special attention where required and really special attention for the handful of ultra-powerful Quebec based super-corporations. I don’t believe they would ever really want to separate from Canada and lose those benefits. So I understand the Bloc and won’t/can’t (anymore) vote for them.

The Green party is also easy to understand. They simply want the government and the people of Canada to focus on not killing the planet. It’s a good goal. Almost 7% of Canadian voters in the last election thought it was more important to express their concern than to vote for one of the general purpose parties. But they are still a long way from a single seat in Parliament and I can’t waste a vote on them.

The CHP and the Marxist-Leninst party have together garnered almost 35,000 votes last year. That’s pretty sad and about 35,000 too many. But to be honest, I’d rather have electors throw away their vote than showing up as voting members of any of the real parties and actually influence policy. The rest of the parties down the list aren’t really serious parties, they are just political statements.

Then we have the Liberals and the Conservatives. First of all, IMHO, Canadian politics is not like the USA. Our Liberals and Conservatives are not like Democrats and Republicans. Our Liberals are the left side of US Democrats and our Conservatives are the right side of US Democrats in policy. No Canadian party is running around banning immigration (except the CHP), suggesting that everyone carry guns, talking about eliminating publically funded healthcare or even hinting that gay rights aren’t the same as everyone else’s. The fact is the differences between our Liberal party and Conservative parties are not that dramatic. Last election (excluding the Bloc vote) 72% of Canadian electors voted either Liberal or Conservative. The definition of a mandate and a majority government I would say. There are differences, they are worth thinking about but perhaps we should also think about a government that can function.

When designing a system there is a great tool called an ATAM (Architecture Trade-off Analysis Methodology). It basically forces you to make decisions on what’s really important and makes you pick comprises in components to achieve the best overall result. To me that’s where we are at with our government. The need for trade-off’s.

This will be the fourth general election in 7 years with each election costing hundreds of millions of dollars. Actually enough money to build 2 or 3 world-class hospitals throughout Canada or double the staffing in the our Emergency Rooms or to make a really serious investment in a Green project.

But instead we focus on Kairos. Anybody remember who started this elections fiasco? Yes, a non-profit that was running around making anti-Semitic political comments with funding from your and my tax dollars. The government rightfully interceded in the request for more of our tax dollars and said “No”. How many Canadians disagreed with the government’s decision?

The CIDA minister responsible (Bev Oda) made a mistake. She should have said in the House of Commons. “We don’t give taxpayers’ money to relief organizations that use it for political statements and yes I personally stopped the funding” but she errantly blamed it on a staffer. Yes it was a mistake, but not a $400 million mistake. It’s not a personal-gain mistake like some former Liberal and Conservative PM’s who get money they haven’t earned and shouldn’t take. That kind of mistake is worth bringing the government down. This one is not. It’s a trade-off. Personally, I’d rather see the money go to the new BC Children’s Hospital than go to the polls again, for nothing…

There is very high probability that nothing will change after the election. Most likely it will result in the exact same Conservative minority government with the Liberals, Bloc and NDP trailing. If that occurs, then almost with a certainty, the house will fall again on a budget no-confidence vote and the Liberals will form a coalition government with the Bloc and NDP to govern. (no matter what they say today… they will)

That combination just scares the hell out of me. Also, Prime Minister Harper is a very decent (albeit boring) man and Michael Ignatieff is just simply too weird. To sum it up he describes himself as follows: “I am not an Atheist nor a Believer but I attend the Russian Orthodox Church with my family”. I have a word to suggest, perhaps hypocrite fits Ignatieff . No offence to his UCC, Cambridge, Oxford, U of T and Harvard fans, but I will accept boring honesty over a hypocrite with academic qualifications any day.

That is why I am voting Conservative again. In the small hope that a Conservative majority government is possible, we will stop wasting money on elections for at least 4 years and we will put that money into something more useful than Elections Canada.

My Suggestion … Think hard, make the trade-offs and vote.

This entry was posted in Musing and tagged canadian politics, musing, voting. Bookmark the permalink.