When you don’t sell the engagement, someone else does… 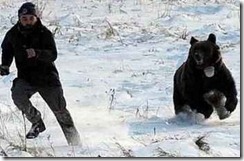 There’s a services salesperson who shows up at a cabin where some consultants have gathered to hunt bear.  Only the salesperson shows up without a gun.

The other hunters are very curious. “How are you going  to get a bear without a gun?” they ask.

“No,” says the salesperson.

“No,” says the salesperson.

“Don’t you worry. I’m going to get a bear. Just wait right here and see.”

The salesperson  leaves the cabin and disappears into the hills for several hours.

Finally the hunters hear the salesperson running down the hill and yelling, “Open the cabin door! Open the door!”

It is a pattern of behaviour that has worked well for the salesperson’s commission  in hunting consulting engagements . Talk to the client, get them all riled up, sign the contract and then step outside leaving it to the consultant to deal with. Some consulting companies fail to engage the consultant in the business development process which means the following must be true for the consultant to be successful.

In short, not very likely these are all true. 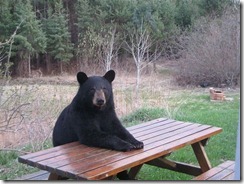 So how do you get the engagement to both start and finish well with a satisfied client?

In my blog  post A double cheese burger, extra large fries, and a small diet Coke I described the importance of two very critical steps in the consulting process.

The Entry Stage  where you develop and agree to a stable, balanced and workable set of arrangements with the client that provides  clarity about how you are going to work together and the process to get to the end.

The Diagnosis Stage where the aim is to identify the real problem. In other words, the source of your client’s problems not just some of the effects of the real problem. Most importantly to make sure your client or the salesperson has not incorrectly identified the problem.

So yes it is important to validate or revalidate what has been sold by the services salesperson. It doesn’t have to be a long process but it is critical to ensure that you have a full and complete understanding and are engaging to solve the real issue. If you miss the diagnosis stage, sometimes you will be lucky but more often than not the engagement won’t be exactly what the client actually needs and you’ll end up with an angry bear to deal with.

This entry was posted in Consulting Excellence and tagged consulting excellence, consulting sales. Bookmark the permalink.

1 Response to When you don’t sell the engagement, someone else does…