People with ODSS–What’s the cure? 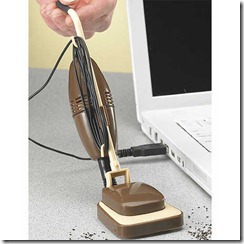 ODSS. Despite significant diagnosis and study, it appears that no one has yet determined what causes the on-set of ODSS. It has been postulated that  it is a genetic pre-disposition to ODSS, however there is no scientific evidence to support this theory. Other researchers believe that the causes are environmental and that it is on-going exposure to bio-toxins or chemicals that both start and accelerate the condition. For a condition that appears to afflict a measurable portion of the community, with such limited research being performed, there is little relief in sight for those suffering from ODSS. I speak of course of  Obsequious  Deferential Sycophant Syndrome (ODSS) more commonly known as persistent “sucking-up”.

The symptoms of ODSS are:

I was talking recently with a Managing Partner (MP) in one the big SI firms.  He had recently read Malcolm Gladwell’s book Outliers – The Story of Success and was struck with the chapter “The ethnic theory of plane crashes”. In short, it says that subordinates (co-pilot) are less likely to speak up, even if the aircraft is in dire danger and you are actually safer when the co-pilot flies as the pilot rarely has an issue correcting the subordinate and then both are focused on safety.  He wanted to test the theory in his consulting practice. He was telling me of a meeting recently with a Partner (direct report) that brought 5 of his indirect report “associates” to the meeting. The Managing Partner and Partner has decided to do a little experiment. The MP would ask a question, the Partner would respond with a completely irrational answer and then they would “round-table” the question and hear the input, then leave the room and listen remotely.

MP – “How many people do we have in your SAP practice now?”

MP – “Well that growth rate just isn’t high enough in my opinion. I think we should transition the full team to designing and building iPhone applications.”

P- “I agree. We should really start looking to the future and I can start with the 175 local resources and getting them all on iPhone programming courses. I’ll send out the new assignments in a week. There are other companies we can transition the current SAP contracts to”

MP- “Well all of the folks here are on your SAP team, let’s hear from them too”

The MP did return shortly to inform the team that he was just kidding but walked away wondering just how much important feedback did they miss every single day because of ODSS.

So I asked him what he was going to do about it. He replied “New meeting rule. The meeting doesn’t end until at least one differing opinion from a subordinate is tabled and discussed”

Not bad. It isn’t a cure but it’s a way to start at least treating the symptoms.

This entry was posted in Consulting Excellence and tagged consulting excellence, deferential, hierarchy, obsequious, sucking up, sycophant. Bookmark the permalink.